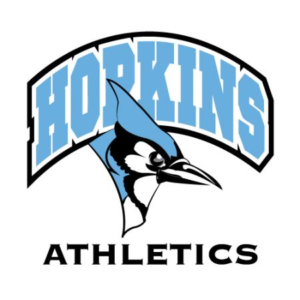 E, Md. – In what could have been a case of deja vu for Johns Hopkins quickly turned into a different result as for the second consecutive day, a Blue Jays soccer team was taken to penalty kicks to determine who would advance, this time it was the women’s turn at Homewood Field on Saturday afternoon.

Johns Hopkins would escape the fate that fell upon the men’s soccer team Friday night (they lost to Dickinson, 4-2 on penalty kicks in the 2017 Centennial Conference Men’s Soccer Championship Semi-Finals) as it would come down to the final round of penalty kicks before the #1 seed Blue Jays defeated in-state conference rival, the #4 seed McDaniel Green Terror, 4-3, to advance to Sunday’s Centennial Conference Women’s Soccer Championship game.

It was a defensive showcase in the first half that saw neither team putting the ball into the net and a 0-0 halftime score.  But, it didn’t take very long for McDaniel to strike in the second half.

Only 20 seconds into the half, Green Terror Junior F Kirsten Gibson fed the ball to Senior F Katie Kirschenmann and she was able to get the ball past Blue Jays Senior GK Bess Kitzmiller and McDaniel was on top, 1-0.

Johns Hopkins would get even in the 66th minute of the second half (65:25 mark) when Junior D Toni Abate passed the ball to Freshman F sensation Riley O’Toole and she would score her 13th goal of the season, tying the game at 1-1.

The Blue Jays actually had two chances late in the second overtime period to win the game. First, Sophomore M Maggie Coulson was awarded a penalty kick but she missed and the ball was saved by Green Terror Senior GK Sarah McDonald.  Not long after that, O’Toole had the chance to be the hero but her shot was also saved by McDonald and that brought the game to the infamous penalty kicks.

In the first round, Green Terror Senior M Abby Keen missed on her shot, but Blue Jays Senior F Bailey Monaco was successful on her, giving Johns Hopkins a 1-0 advantage.  Second round, McDaniel Freshman M Maddie Schwartz scored on her kick as did Blue Jays Sophomore M Emily Maheras and Johns Hopkins was up 2-1.

For the third round, both Kirschenmann for McDaniel and Senior D Hallie Horvath for Johns Hopkins were successful and the Blue Jays were now up 3-2.

After Green Terror Junior F Lindsey Farrell missed her shot, all Blue Jays Sophomore F Maddy Rocks had to do was score her goal and Johns Hopkins would have the victory, but McDaniel was giving a second life as Rocks missed and it was still the Blue Jays up 3-2 going to the fifth and final round.

McDaniel was first and they at least needed to score a goal to put the pressure back on Johns Hopkins.  Senior D Kristen Upton was successful and it all came down to Johns Hopkins Junior M/D Kyla Persky and when the ball went pass McDonald and into the net, Johns Hopkins won the match, 4-3, to advance.

The Green Terror were out-shot by the Blue Jays 22-11 overall and 9-6 on shots on goal.  It was a very cleanly played game, as their was only one offsides in the entire match and no yellow or red cards were handed out.

Johns Hopkins now plays the #2 seed Swarthmore Garnet, who advanced to the Championship game by defeating the #3 seed Haverford Fords, 2-1.  The Championship match will take place at Homewood Field tomorrow at 4:00 pm and the winner gets the automatic bid from the Centennial Conference into the NCAA Division III Women’s Soccer Tournament.