The Hershey Bears took on the Cleveland Monsters Saturday night in Ohio. It was at 11:22 in the first that Cleveland put themselves on the board with a goal from Tommy Cross. Alexandre Texier and Mark Letestu both earned points on the goal.

Less than a minutes later at 12:18 in the same period Steve Whitney would catch a quick pass from Shane Gersich to get his fifth goal of the season tying up the game. The first period would see no more goals sending the Bears to the locker room tied 1-1. 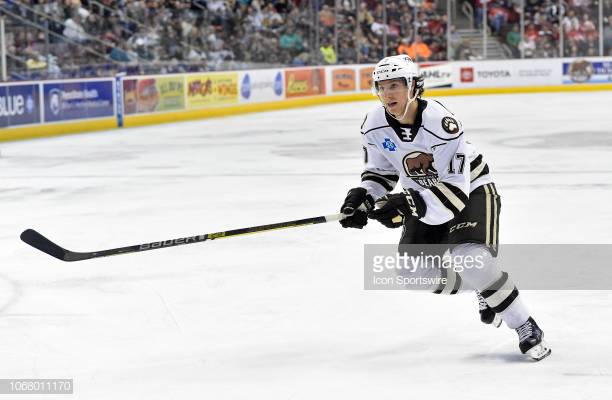 Mike Sgarbossa earned his 100th career AHL goal at :13 seconds in the second period after catching a sweet pass from Riley Barber, making it 2-1 Hershey. This would be the last time the Bears were in the lead, as the Monster responded with four unanswered goals in the final forty minutes.

The first goal would come less than a minute later with Alexandre Texier earning his second goal of the season to make it 2-2 at :47 in the second. Dillon Simpson and Dan DeSalvo earned assists on the goal the tied the game. Kevin Stenlund would put Cleveland ahead 3-2 at 14:05 in the period sending Hershey to the locker room down a goal on The Monsters.

Alexandre Texier and Dan DeSalvo would get their second points of the night with a fast pass to Zac Dalpe, who would find the back of the net making it 4-2 at 6:43 in the final period. It would be an empty netter and power play goal from Mark Letestu at 18:20 in the period that would finish the game in 5-2 loss for the Hershey Bears.

Hershey was outshot 35-38. This would bring the Hershey Bears record to 36-23-4-4. Hershey takes on Cleveland again tomorrow from the Quicken Loans Arena at 3pm. Zach Fisch makes all the calls on the Hershey Bears Radio Network.