The Hershey Bears took over third place on home ice Saturday night in a 2-1 win over The Povidence Bruins, and newly signed Joe Snivley was the star of the night. Snivley who just came out of college at Yale, signed an amateur try-out with Hershey earlier this week, and it didn't take long for him to show Hershey what he was made of, as he tallied his first professional goal before the end of the game. 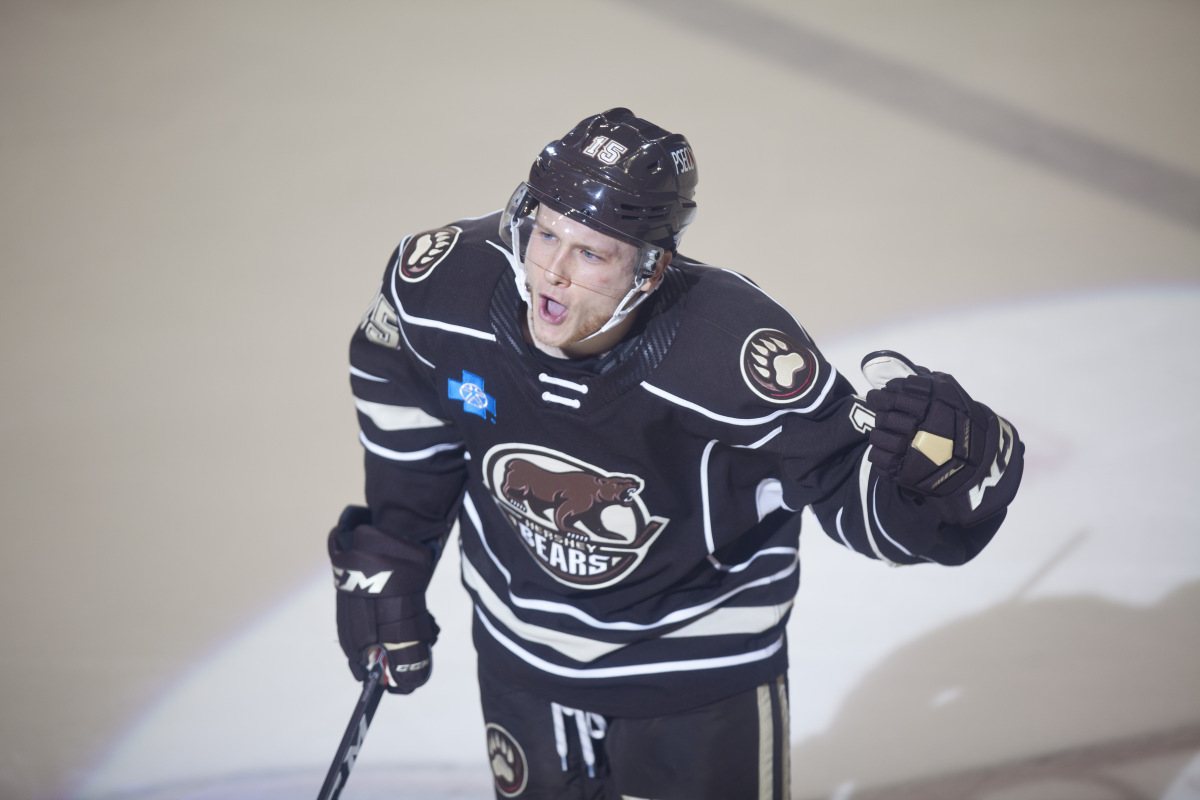 Just over two minutes into the first period, at 2:15 in the game, Providence scored first with a quick shot to the back of the net by Lee Stempniak. The second period would see no goals, and headed into the third period the score was still 1-0 Providence.

It wouldn't take long though, as seventeen seconds into the final stanza Devante Smith-Pelly would get his sixth goal since joining the Bears to tie up the game.

Joe Snively would earn his first professional goal at 10:57 in the third, after a shot from Garret Pilon was sent in front of the crease, Snively would capitalize on a wide open net after McIntyre went out of position, getting the game winning goal, and pulling Hershey ahead 2-1.

Hershey was outshot by Providence 29-19, with a perfect 7-for-7 on the penalty kill. The Bears record now stands at 37-24-3-4, with Saturday's win putting them back in third place ahead of Providence with two games in hand.

Hershey is headed to Bridgeport to take on the second place Sound Tigers on Sudnay March 21, 2019. Puck drops at 3pm. Zach Fisch has all the calls on the Hershey Bears Radio Network.