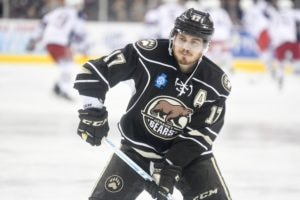 The Hershey Bears Chris Bourque will see his 600th Career game with the club against rivals the Wilkes-Barre/Scranton Penguins Wednesday night at 7:05pm. Bourque has fourteen goals and thirty six assists giving him fifty points in fifty nine games for the 2017-18 season. He spent the better part of February in South Korea at the Pyeongchang skating with the Men’s USA Winter Olympic Ice Hockey team where he played in five games and earned two assists. 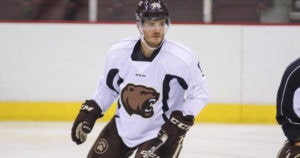 Garrett Mitchell will be playing in his 400th professional hockey game tonight. Mitchell, Hershey’s Captain has played in 43 games this season earning seven goals and one assist. Mitchell played 2 games in the beginning of his career in South Carolina with the StingRays, then went on to play 396 games with the Hershey Bears. The highlight of his career was surely starting with the Washington Capitals last season for the final game of the year on April 9, 2017.