Between Rounds: Drunk On Johnny Walker

Do you ever get that tipsy feeling? You know, the one where you’re feeling great and having a good time. Where things just seem to be right and your outside troubles wash away. Tipsy enough that you might ask the prettiest girl n the club to dance and you truly believe she might say yes. Sober enough to know she might slap you in the face if you get to frisky. Fight fans I think the rapidly rising star Johnny Walker might be a bit tipsy. 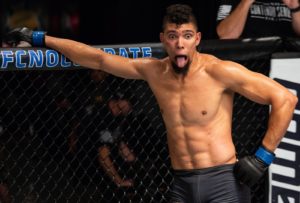 Walker was born in Belford Roxo, Rio de Janeiro, Brazil on March 30th 19992. I doubt anyone could have foreseen the future and the way things would play out no matter how clairvoyant they might have been. Walker now stands 6’5″ and weighs in at 205 pounds and this brash Brazilian has been on a tear through the UFC. Walker has been touched hard twice in his career and submitted once but his last loss came back in the summer of 2016. Since then Johnny has gone a 9 fight win streak with his last 3 being devastating first round finishes. Khalil Rountree fell to vicious elbows thrown at bone breaking speed by Walker. Justin Ledet to a hook kick and spinning back fist that left him on dream street. Misha Cirkunov to a pin point flying knee and brutal punches that ended his night in typical Johnny Walker fashion. Since March of 2018 just a year ago Walker is 6-0 with 5 finishes to his credit. 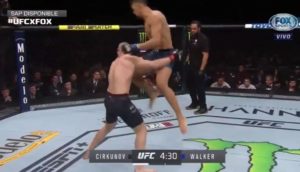 Walker shocked the MMA world with his quick win over Misha last weekend, a match our Brazilian bomber took on short notice. Jon Jones retained his light heavyweight title against Anthony Smith on that same card. Honestly Bones made it look so easy it was ,ore like a sparring clinic. Guess who else is in the light heavyweight division? Yep, our first round terminator himself Johnny Walker. UFC 235 set the stage for a few upcoming fights and crowned a new champion in decisive fashion. However it also left a taste of Jones not being challenged and a man named Walker who is dropping dudes left and right. Walker got a little tipsy at this point fight fans. Walker came out in a statement showing Bones Jones respect but also saying the champ deserves a proper fight and that Walker was ready to give him a proper fight whenever Jones was ready. Are you drunk Johnny Walker? Maybe you’re just a little tipsy, feeling good and believing that the champ might just say yes. 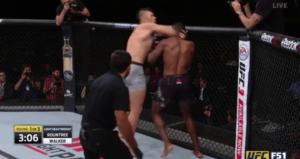 Walker is looking to make his return to the cage in June when the UFC returns to Stockholm. Once again Walker is feeling tipsy and calls out the number 2 ranked contender in the world Alexander Gustafsson. While Gustafsson recently lost his rematch with Jones, in their first fight Alexander gave him what many think was Jones biggest test to date. Dana White set this damn fight my man because if Walker can take down the Alexander then the marquee match up of the year might be staring us all in the face. While Walker seems to be a bit tipsy allow me to admit that I too am a little tipsy. Drunk on Johnny Walker after watching his last 5 fights all of them with electric moments and many with first round finishes that left us all wide eyed and smiling. Gustafsson versus Walker in Stockholm is absolute money and I will certainly drink to that. 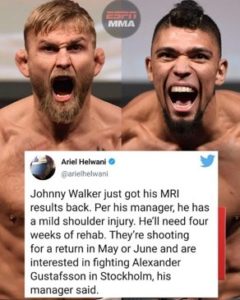 Check out a previous installment of Between Rounds on Jon Jones