Close but no Cigar, Why Maryland Men’s Soccer struggles to score goals? 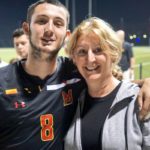 NOT SO GLORY DAYS?

The University of Maryland Men’s soccer team has long been known as one of the very best developmental College programs in the entire Country especially under head coach Sasho Cirovski. Going into his 26th year as coach entering the 2018 season, Maryland was looking to get back to the top of college soccer after not making it to the College Cup the last 5 seasons.

Throughout those five years there have been plenty of what seems to be loaded Maryland teams talent wise however those teams always seem to lack something as the season winds down which led to numerous upsetting loses early in the Ncaa soccer tournament. Much earlier than Sasho or anyone at Maryland has been accustomed to.

Arguably none was more crushing than losing to University of Albany at home during the 1st round of the 2017 Ncaa soccer tournament to end last season. A game that saw Maryland dominated the run of play for the full 90 minutes of regulation and had the much better chances in extras as well yet none found the back of the net.

After the extras which are 2 separate 10 minutes halves the game went on to penalties and you could hear a pin drop at Ludwig field. Its like everyone in Terps gear knew the inevitably was coming. A team that had wasted as much of the quality chances as Maryland had in that game simply doesn’t deserve moving on.

However, Terps goalie Dayne St. Clair even gave his team a fighting chance when he made an acrobatic save in penalties however none of the Terps penalty takers could find the net. No one in Maryland anticipated their season ending in the 1st round, many fans had tears in their eyes as they walked off Ludwig field crushed.

That 2017 Terrapins soccer team started out like gang busters by going undefeated in their first 13 games of the season (10w 3ties). That team climbed as high as #2 in the nation but then the funk happens.

NO LUCK OF THE TURTLE

Since winning at Wisconsin on a wet soggy field 5-4 to say Maryland has struggle scoring goals is a major understatement. In over 13 games since that Wisconsin game Maryland has only mustard 3 goals during that span.

Matters got so bad to end the season last year that many soccer experts wondered if Maryland would miss the tournament entirely. That team was loaded talent wise and were arguably title contenders up until everything became unglued.

Even with the attacking talents like Gordon Wild, Sebastian Elney and quality mid fielders such as Jake Rozhanski and Amar Sejdic the 2017 Terps would be remember more for their late season struggles and eventual collapse in the 1st round at home than their undefeated start.

“The motivation now for us as a program is to get back to the top” Sasho says over the preseason. Since the beginning of the 2018 preseason camp Sasho Cirovski and his staff have tried different tactics and formations to help the players be more creative in the final third. However not much has work so far.

In 6 games this season the team is still struggling to find the back of the net. The good thing is the goal less drought has seemed to have heighten the team’s focus defensively knowing that if they let in a goal they’re probably going to lose. Sasho believes his team is closer to having a major breakthrough. “We’re still playing quality soccer, we’re still playing together the goals will come. The goal now for us is to continue defending at the highest level we can.”

The thing is the Terps have been getting plenty of quality chances in front of goal but guys are just not putting them away and in the back of the net.

The team has either taken a shot when one more pass would’ve led to a cleaner look or even a goal or they’ll refused to take a clean shot in favor of an ill advice pass when the shot would’ve been the better decision. The Terps indecision in front goal have cost them plenty of top notch scoring chances throughout the drought.

Those are the kind of issues only chemistry can fix and the Terps are determined to find it before long. The Terps have a revamp roster that is far less talented than that of last year or in recent years.

However, Sasho seems to really like this team. This year’s Maryland squad may be one of the its grittiest in a long while.

HOPE IS THAT YOU

While Maryland hasn’t been able to get the ball pass the opposing goalies they however have also been good at keeping balls out of their net as well. The Terps are sporting one of the stingiest defenses in the early going in college soccer. In 6 games so far, the Terps have only allowed 4 total goals. Two of those goals allowed come in a 2-0 defeat during the season opener at the University of Washington Huskies.

Maryland feels their offseason chemistry was really good and now they just have to get that back. They feel like they’re getting closer to connecting in the final third and in front of opponent’s goals. Coming into their game with historically border rivals West Virginia the Terps were still in search of their very first goal of the season.

Team captain Amar Sejdic took matters into his own hands late in the game when he scores to lift the Terps to victory. The win was much needed even though the goal in question may very well end up being ruled by the Ncaa as an own goal. However, the Terps will take it and continue to build from it.

Even with the long goal less drought the Terps still find themselves in great shape heading into Big Ten play tonight on the road at Northwestern Wildcats. The team record is still great with only 2 loses to both ranked teams and tying a top 10 University of Virginia team at the new DC United stadium Audi Field.

Maryland always plays one of the strongest if not outright the strongest schedules in the Country and this year was no exception. The Terps have already faced 4 ranked teams losing 2 of those and tying the other 2. The team believes they’re due for a run of great form during big ten play.

THEY ARE EXACTLY WHO WE THOUGHT THEY WERE

The 2018 version of the Maryland men’s soccer team came back motivated to write a different script. One that involves getting back to the College Cup. “Maryland soccer is still highly regarded but it’s time we put us back on the national conversation” says team starting returning goalie Dayne St. Clair.

Maryland brought back pretty much everyone on defense however the Terps lost plenty of top-level talents in the mid field and forward none bigger than Gordan Wild and Eryk Williamson. Wild is tearing up the professional ranks at the moment while Williamson just got sent on loaned by the Portland Timbers to a C.D. Santa Clara a top division Portuguese team. Both of those guys have elite futures waiting on them.

Those guys are now gone and this year’s team is still searching for goal scorers. Sasho Cirovski is simply waiting for a few of these guys to take flight and play to their potential. Some of the newer faces or guys who didn’t get to play much or at all last season due to the depth are now settling in into their new roles and are trying to make their impact known and felt.

Guys like Paul Bin are making a name for themselves in the early going and Sasho thinks Bin has a chance to be a special player in College Park. Guys like senior Andrew Samuels and Junior Chase Jasper are back to anchor the backline and mid field. This year’s Terps team is determined to make their own mark on the program.

Tonight, that belief was palpable in the first half when the Terps came out and had a great deal of the better chances in the first half but like it’s been all season they simply couldn’t put together the final touches to score goals.

A very encouraging first half dissolves almost immediately after the break when the home team Northwestern Wildcats became more aggressive at the mid field. The Terps had the better chances but Northwestern scored first to take a 1-0 lead in the 60th minute. After giving up the goal the Terps send more bodies in an attempt to gain an equalizer but the Wildcats defense and goal keeper stood strong.

However just when it seems all hope is lost and Terps are going to head back to College Park with another hard-fought crushing defeat their luck took a turn. Late in the game in the 84th minute with less than 6 mins left to play an innocent ball in the air played by Chase Jasper found the head of Sejdic who was only able to flick it over to Sebastian Elney’s direction.

Elney was held on the play causing him to go down in the penalty box in an attempt to get a late Penalty (PK) call however the referee who was standing right there swallows his whistle inexplicably.

Luck however was still somehow on the Terps side because the ball somehow found the feet of William James Herve who slid to barely get a toe poke on the ball however it was enough to slip past the Wildcats goalie and into the bottom right of the open net. Huge goal by the Frenchmen to tie the score 1-1. After the end of regulation both teams look to regroup for the extra time.

The Wildcats were all seating down while the Terps were all up and pumped. At the beginning of extras both teams seem to played it safe however in the 5th minute of extras a failed clearance by Northwestern lead to series of scrambles near the Wildcats goal.

However, none of the Terps could quite find the ball on their feet to take a clean shot at goal but somehow yet again the ball found the feet of William James Herve and the Frenchmen once again buries it for the Terps first overtime win since that Wisconsin game last season.

No telling how this 2-1 week away from home can help team chemistry but one can only hope it’s the beginning of a great run of good form.

Cool little moment after the game as well when tonight’s hero William James Herve had a suprise visitor none other than his Mom whom traveled over 4000 miles all the way from France to come witness her son’s moment.

Talk about picking a good time to explode into the College soccer scene. What a night for the Herve family and Terps nation as a whole.

This is the type of win that can galvanized an entire team so I really wouldn’t be surprise if this Maryland Men’s soccer start putting games together where they score like 2 to 3 goals on average.

The talent has always been there maybe not as much as in previous years but this team seems a bit grittier than recent Terps teams. I look forward to following this guy the rest of the season.

Also want to send a special shoutout to the Maryland Girl’s Soccer team for a 4-0 win at home over Iowa to open up their conference slate. Darby Moore may have scored the goal of the year in girl’s soccer tonight. WOW that goal has got to be on #SCTOP10

What a great night to be a Terp