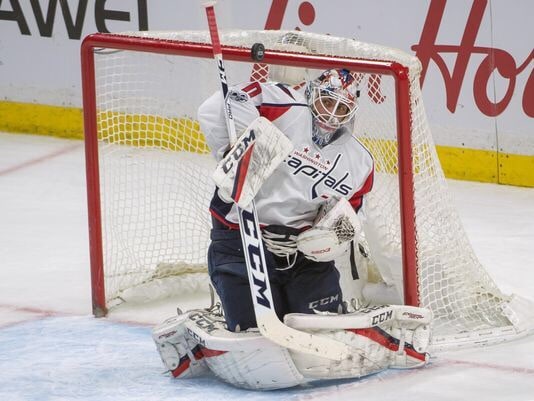 The Washington Capitals pulled off an incredible win in Columbus against the Columbus Blue Jackets with a last minute goal from Nicolas Backstrom. The Caps yet again pulled off a win while being out shot 39-25, and giving up the first goal of the game.

Braden Holtby has a stellar game stopping 37 of 35 shots, and shutting down the Blue Jackets three power play chances. He in my opinion was the first star of the game.

Tom Wilson got the ice tilted after winning a fight against Columbus’s John Anderson in a first period scrum. Later in that period John Carlson let a slap shot rip from the point on the power play going too cheese on last years Vezina Trophy winner Sergei Bobrovsky.

Later in the second period Alex Ovechkin delivered a beauty of a pass to Tom Wilson who dangled Bobrovsky and sent the puck through his five hole.

Later in the third the Caps took some dumb questionable penalties and where heavily out shot in the period. Later in the last minute of the game Alex Ovechkin took a slap shot that hit Blue Jacket player Mark Savard in his helmet that landed in TJ Oshie’s stick and made a back handed pass to Nicklas Backstrom stick for a slam dunk goal. The Caps face Columbus again on Friday night in the Capital One Arena for a home and home series.