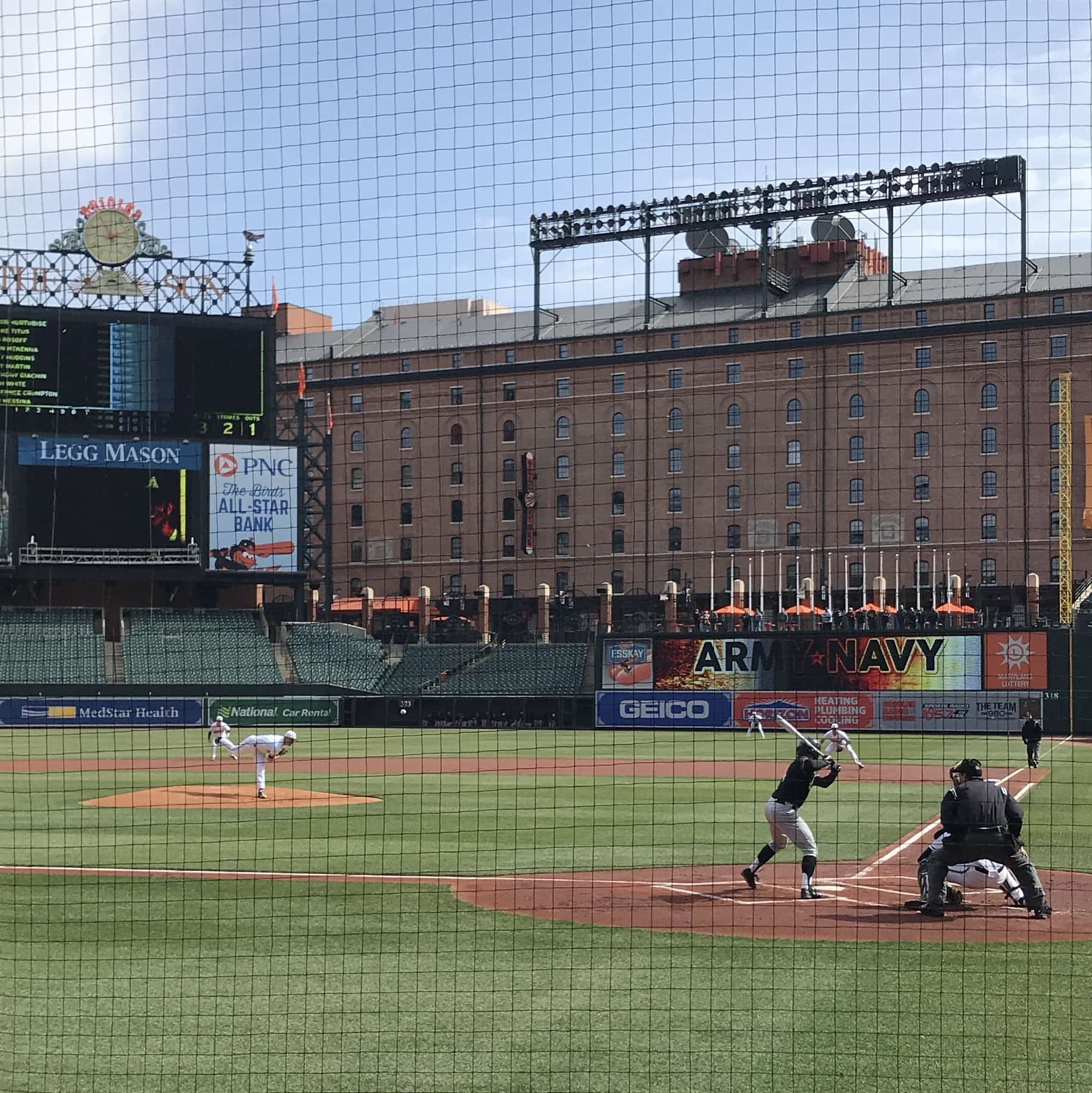 Sunday March 25, was the start of a beautiful relationship between the Baltimore Orioles and the Navy Midshipmen.

In February it was announced that the Orioles would be hosting the Army-Navy baseball doubleheader after the Boston Red Sox announced that they are hosting Game 1 of the Army-Navy series (Army Black Knights as the home team) to come in April. Then in August, the Orioles will have a “Navy Day”, as they will be distributing over 1,000 tickets to The United States Naval Academy. A Major League Baseball preseason game has been slated to be held at The Academy’s Max Bishop Stadium between the Orioles and another team, starting in March 2019.

As a doubleheader, on Sunday, the games go to seven innings each. Just our luck, the first game went to 10 innings, with a 23 minute snow delay. Yes, a SNOW delay.

Remember the Chicago Cubs/Cleveland Indians Game 7 game, with the rain delay? There was not much happening prior to the delay, but once the game resumed, boy the momentum had changed! This is exactly how Game 1 of yesterday proceeded. The delay was in-between the sixth and seventh innings, so when the T7 rolled around, 23 minutes later, Navy’s RHP Colin Brady let’er rip with three up, three down; two strike outs. Offensively in B7, Zach Biggers tied the game with a two-out RBI single. Even the fans who stayed, were on their feet cheering; completely different atmosphere than before. Unfortunately Navy lost 5-3 in 10, but us fans enjoyed every moment of the vivacious seventh, eighth, ninth, and tenth innings.

Due to the weather, and how late it was getting, my best friend and I left before the second game started. The result of that game was Army 8-2.

Army walked away with the sweep, but the Midshipmen will see them again on April 20, at Fenway Park.

To find out more about the relationship between the Naval Academy and Baltimore Oriole’s: click here