Big weekend for fight fans across the world. UFC has a big pay per view and pugilist fans have a couple nights of action coming there way. Titles will be both defended and unified in various matches including a historic bout between Claressa Shields and Christina Hammer. Let’s take a look at a little of whats coming your way this weekend fight fans. 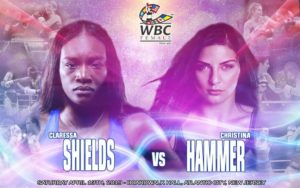 Saturday April 13th on DAZN “Machine Gun” Muciño (23-3-2, 10 ko’s), will make her second defense of her WBO flyweight world championship against the Venezuelan Yairineth “Chinita” Altuva (10-2-0, 10 ko’s) . “Machine Gun” is considered by many to be a points fighter who relies on her technique but her 10 KO’s show she has to power to end the fight. “Chinita” has won every fight by way of knockout and has power in both hands. Altuva can flip the switch off with either hand and Mucino will not only have her heart tested but also her chin. 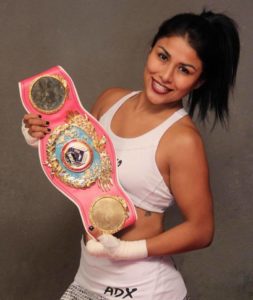 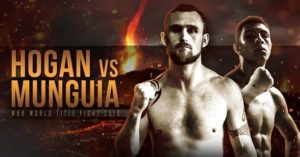 Friday, April 12th on ESPN from the Staples Center in Los Angeles, California, unified WBA and WBO lightweight champion Vasiliy Lomachenko* (12-1, 9 KOs) will defend his title against former world champion Anthony Crolla (34-6-3, 13 KOs) Although the main event should be amazing we also have some title fights on the under card. 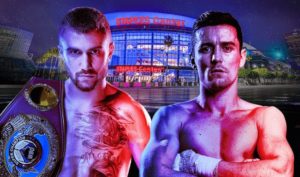 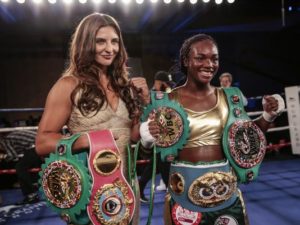 Saturday night on Showtime Boxing, IBF, WBC and WBA Champion Shields (8-0, 2 KOs) will unify with WBO Champion Hammer (24-0, 11 KOs) for the undisputed middleweight world championship. In what many are calling the most historic fight in Women’s boxing history there has been no shortage of drama. Shields loves to trash talk and she has made a name for herself by backing it up. Hammer tends to stay more detail oriented about the fight and her opponent but this time even “Lady” Hammer has barked back a little. This should be an absolute war as I have said many times building up to this fight on social media both of these Women are a badass but in the end “There can be only one”

“Hammer signed up for something she shouldn’t have signed up for. She’s going to get hurt on Saturday. I love that she has an accomplished record. People say I don’t have power or this and that but on paper I’ve been an underdog in most of my fights and I’ve beat all those women.
“When I beat Christina Hammer on Saturday, I want everyone’s headline to say ‘Shields nails the Hammer’. It’s not a game to me. It’s going to be bad for her.- Claressa “T-Rex” Shields

“I have waited a long time for this moment,” said Hammer. “I am bigger, stronger and more experienced than Claressa Shields. I am undefeated and have been a champion for over eight years. I can’t wait to show the world that I am the best and undisputed middleweight champion of the world.”- Christina “Lady” Hammer 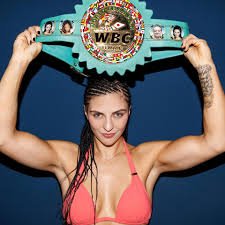