Between Rounds: “The Queen Of Violence” Ariane Lipski

Ariane Lipski, even some serious UFC fans might know her name just yet, but the “Queen of Violence” will quickly change that. This Brazilian beauty is also a badass and with UFC 237 returning to Brazil there is nothing I would rather see more than the Queen doing battle in her own backyard. 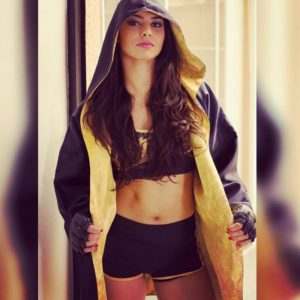 Fighting out of her birth place of Curitiba, Parana, Brazil this Kings MMA prospect has earned the nickname “The Queen of violence”. With a pro record of 11-4 Ariane got off to a rocky start in MMA. Going 2-3 in her first 5 fights she exploded with a 9 fight win streak. Defeating the likes of Katarzyna Lubońska, Sheilla Gaff, Diana Belbiţă and Mariana Morais Lipski quickly made a name for herself. Making her much anticipated debut in the UFC against Joanne Calderwood our beloved Queen ran into a buzz saw and fell victim to the viscous American contender. I think nerves may have played a small part but I think the variation in styles with Calderwood was more of a factor. Now the Lipski has seen it and experienced the UFC cage I expect her to rebound in royal fashion and be a force to contend with in the flyweight division. 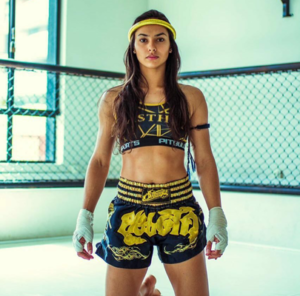 Locking the elbow and cranking down hard Lipski defeated Diana Belbiţă to win the KSW championship in May of 2017. Ariane successfully defended the title twice prior to UFC debut and was never defeated for the title walking away as the “Queen of Violence” in championship fashion. Lipski is a student of brazilian jiu-jitsu and Muay Thai and has a well rounded fight game with striking and submission prowess. Fighters are often surprised by Lipski’s power and strength. Aggressive and ruthless in her striking a necessary skill she developed sparring with men. Lipski, in a previous interview explaining what fans would see from her was quoted “For the fans that don’t know me yet, you can expect a fighter that fights with her heart and who goes for the finish from the beginning until the end,” exclaimed Lipski. “For those who like a technical and aggressive fight, I’m sure you will love my fights. I promise knockouts and submissions inside the Octagon. The ‘Queen of Violence’ is here to stay.”

UFC returns to Brazil in May 2019 and what would be better than “The Queen of violence” doing battle in her own backyard. I implore Dana White to make a match for this rising star and give the rabid fans of Brazil the chance to bow to their Queen. Learn the name Ariane Lipski and follow along as the journey unfolds. I assure you she won’t disappoint you in or out of the ring. Seeing Ariane on the street you would think she is a cover model, she is absolutely gorgeous. Behind that beautiful persona is the heart of a warrior and the Queen of violence. 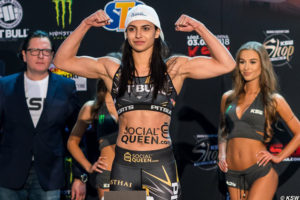 Check out another installment of my “Between Rounds” segment