Bellator 219 looks to be an exciting night of fights headlined by Awad vs Girtz. However, there are only four fights on the main card, unless they leave the Keith Berry (15-14-1) vs. Joe Schilling (3-5) match and just pull the Janay Harding (4-3) vs. Marina Mokhnatkina (4-1) match up to the main card and set it at five. Make no mistake, Mokhnatkina will debut on the main card tonight. The Schilling match could be pulled down to headline the prelims, but even without “Stitch Em Up” they have a ton of fights set and a couple solid ones that could hold up to a headline role. 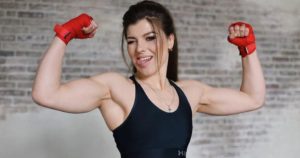 160 lbs.(catchweight): Darren Smith (15-10) vs. Joshua Jones (8-3)
Here we have Smith, the number 15 Lightweight contender in the Western U.S. against Jones the number 48 Lightweight in that same region. Both fighters have lost three of their last five after showing a ton of promise early on. Smith can finish via punches or submissions but typically takes it to a decision. Jones loves to finish fights, be it punches or ground and pound. Jones loves the guillotine choke and face/neck crank and might use them if he tries to submit Smith. On paper, this says Smith is the more experienced and a higher ranked fighter, but I have a feeling Jones comes out with hands flying.
Prediction: Joshua Jones Decision 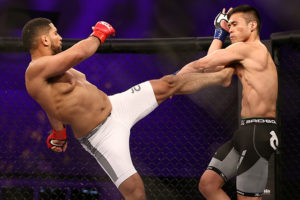 170 lbs.: David Rickels (20-5, 2 NC) vs. A.J. Matthews (9-8)
This is one that could headline the prelims bouts in my opinion.
Rickels can throw down and at 20-5 after winning three of his last four fights, is looking to make a statement against A.J. in this one. “The Caveman” is 10-4 in his last 14 fights, losing twice to Michael Chandler and one each to Michael Page and Patricky Pitbull, which shows the level of fighter it takes to beat Rickels. Matthews comes in losing four of his last five fights and sees his record falling to 9-8 after a promising start. A split decision win over a 36-year old Kendall Grove is all the glamour Matthews has mustered as of late. I expect Rickles to be relentless and attack early and often in this one.
Prediction: David “The Caveman” Rickels TKO 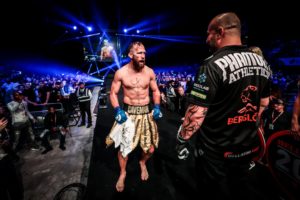 135 lbs.: Shawn Bunch (8-3) vs. Dominic Mazzotta (14-2)
This one could damn sure headline the prelim event as well.
Bunch comes in winning four of his last five fights. Nicknamed “The Great,” Shawn is a solid fighter who can win a fight several ways. Punches, ground and pound, submissions, and decisions litter his victories. I am not sure if he has faced a submission specialist as hood as Mazzotta though. Dominic rolls in winning four of the last five as well. His most recent loss came at the hands of undefeated A.J. McKee Jr., who caught Dominic with a vicious head kick. Mazzotta’s only other loss was to Cody Garbrandt back in 2014. He is a masterful submission artist who loves the rear naked choke and has finished seven fights with his favorite weapon and another to the guillotine.
Prediction: Dominic “The Honey Badger” Mazzotta Submission 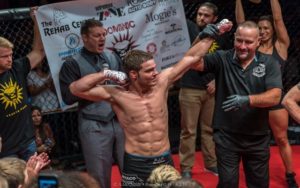 These fights round out the prelims and should lead to a fun night and a chance to see several fighters you have not watched before. 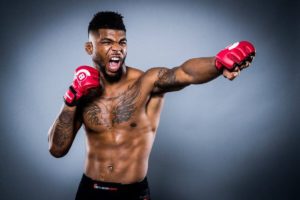 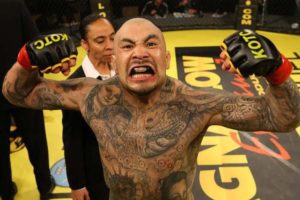 As you can see, I did not predict every fight. I do not know about you guys, but I was not familiar with all these young fighters. Enjoy the night fight fans! It should be a good one! Follow along with me on Twitter at @MSBFightClub for results and information on the action.

Note: I picked the Janay Harding (4-3) vs. Marina Mokhnatkina (4-1)  in the article below, as I knew this one was getting bumped up but it was not official yet, so I treated it as a “maybe.” 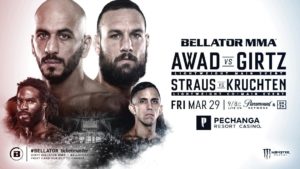