Bellator 218: “Sanchez vs. Karakhanyan 2” Live tonight from Win-Star World Casino and Resort in Thackerville, Oklahoma. The main event is a rematch from Bellator 170 where Sanchez edged out a win. 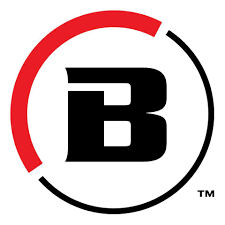 Emmanuel Sanchez 17-4 vs. Georgi Karakhanyan 28-8-1
Sanchez looks to rebound after his loss to Patricio “Pitbull” Freire. Much improved in his ground game I think he causes more problems for Karakhanyan the second time around. Georgi can strike and is dangerous on his feet. While he has the ability to take Sanchez down I don’t see him fairing well on the mat with “El Matador”
Prediction: Emmanuel Sanchez 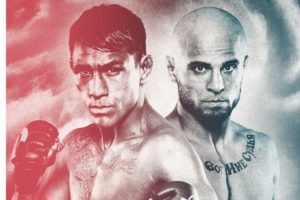 Linton Vassell 19-7 vs. Valentin Moldavsky 7-1
Moldavsky has proven his toughness and willingness to fight in his past few bouts. He has big time striking power and can be force in the heavyweight division. Moldavsky has holes in his game though and Vassell has the length and skill set to expose them if he fights a smart fight. I think Vassell can tap Moldavsky as long as he avoids the heavy hands of Valentin who will throw them often.
Prediction: Linton Vassell 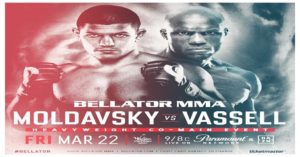 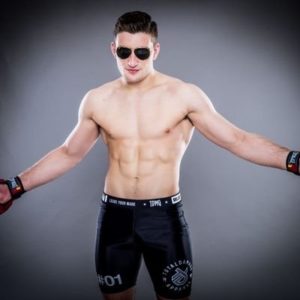 Anatoly Tokov 27-3 vs. Gerald Harris 25-7-1
This one is a confusing fight to me. Harris is damn near 40 and Tokov finishes most of his fightsbe it by KO/TKO or getting his opponent on the ground and tapping them out. I barley see Harris hacing a punchers chance at this point and feel like he might just be looking for a paycheck in this one. Tokov should handle this one easily  Prediction: Tokov submission 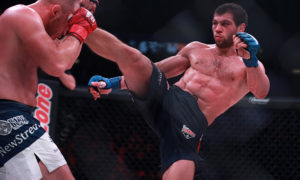 Ky Bennett 1-1 vs. Deborah Kouzmin 1-0
I am big on this fight because I know KY and where she trained early in her career at Powerhouse gym in Fort Worth Texas. She trained with Durwyn Lamb and the Lamb striking system. She has sparred numerous time with UFC’s Danger Dobson so she has seen really good boxing. Kouzmin is a really spirited and tough fighter she can flat out strike so this should be a good one. I would have had it on the main card to add some beauty to this brutality.
Prediction Ky Bennett via decision 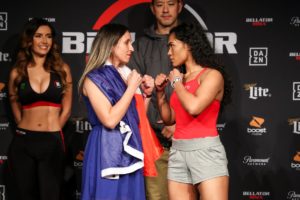 Malin Hermansson 2-0 vs. Victoria Leonardo 4-1
Another really good fight, or at least the potential to be one. Leonardo has fought as a boxer a kick boxer and in MMA she is very well rounded and can strike from angles. Hermansson is undefeated and has shown some flashes in her fight game. I expect a good fight.
Prediction: Leonardo decision

John Macapa 21-4 vs. Kevin Groom 19-11
I like this fight and was surprised it did not make the main card as well. Prelims are stacked with young inexperienced fighters and you drop Macapa and Groom in there lol. I like Macapa in this one.
Prediction: Maxapa via Submission round 2 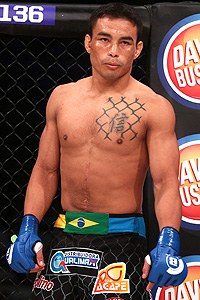 I am not even going to try and break down all these young fighters and match ups. You will just have to make your own call on these. I do enjoy seeing new talent so it should be a fun night. 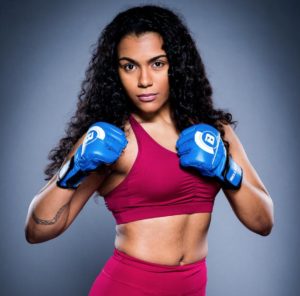 Check out a previous MMA article of mine on Valerie Loureda