The Baltimore Ravens beat the LA Rams 45 to 6 on Monday Night Football. The Ravens destrouction of the Rams helped continue to prove the Ravens are the best team in football. Up next: A big test with San Francisco 49ers. 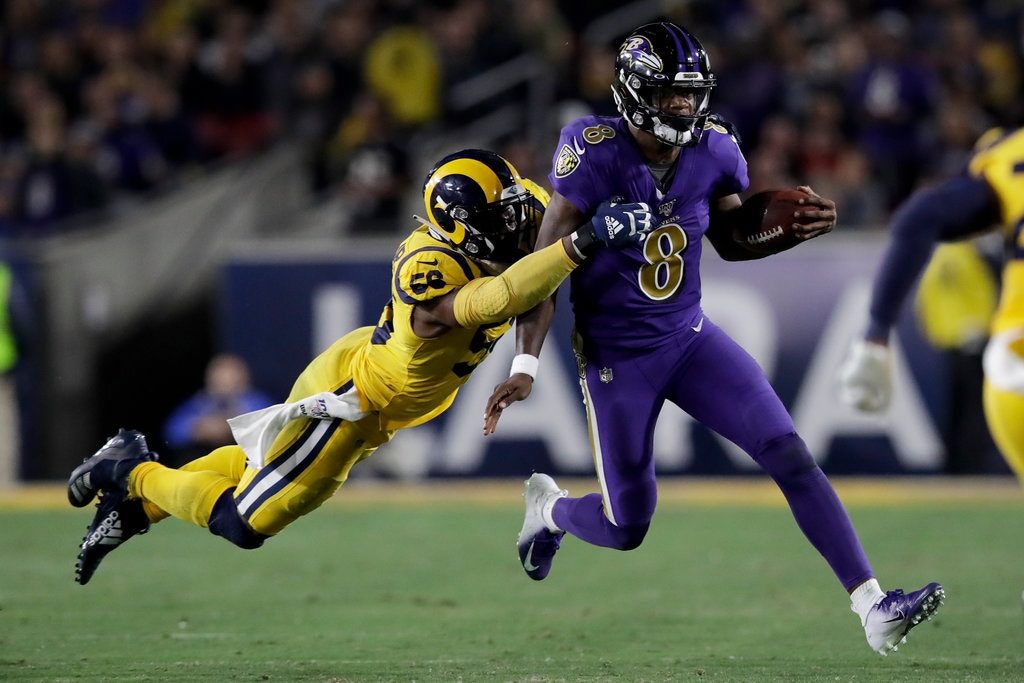 After defeating the Rams in beautiful punishing fashion, and defeating other solid opponents by huge margins, it seems as if the Ravens are all the media can talk about. And why not? The offense is putting up astronomical numbers both in points and rushing yds per game, not to mention that Lamar Jackson is playing at an exceptionally high level. The scariest thing about us? The defense is now becoming a force to be reckoned with. So as the team is now continually firing on all cylinders, a big question arises. Are we doing enough to win it all? The answer? Absolutely! As long as the team stays healthy and sticks to whats been working, we have a very solid chance to take it all. But it all starts with Sunday vs SF.

The showdown of two absolute powerhouses. Top tier offense that gashes you and puts up a plethora of points. Vs A stingy defense and a solid group of defensive players that play excellent at all three levels. Whats not to love about this matchup? One could argue this is a face-off between two of the best coached and most disciplined teams, and possibly a preview for the Superbowl. It’s funny tho, we keep hearing doubters say “but this week is a real challenge” and it seems like the Ravens go into these tough matchups, unphased and focused. Not only have the Ravens played well in these tough games but have absolutely dominated in all phases of the game. Of course, this week is probably the biggest challenge, but with home field advantage and the offense playing absolutely lights out, there’s no reason the Ravens and cant get another W and extend the current winning streak to 8.

I would love to see another blowout like the past few games, hell who wouldn’t? But i think the Niners deserve a respectable look and they are a great team that could make it a tough game. So I’m going with our boys by 8.

Things to look for:

Look for Lamar to continue to perform like an MVP (he was named AFC offensive player of the week, AGAIN) And our defense to make a statement Sunday against a top tier Superbowl hopeful team. Our defense will be a huge factor in this matchup.